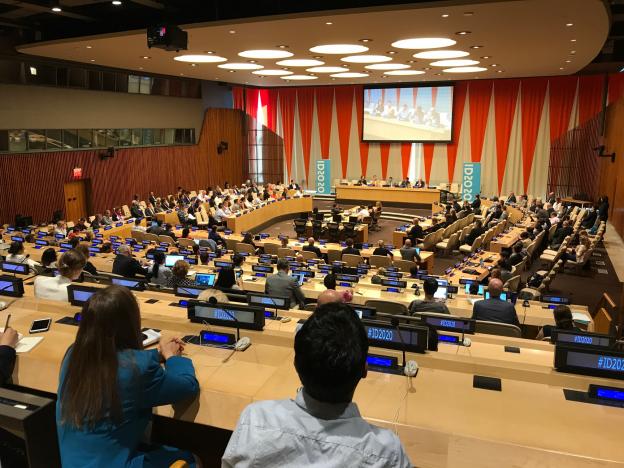 Accenture Plc and Microsoft Corp are teaming up to build a digital ID network using blockchain technology, as part of a United Nations-supported project to provide legal identification to 1.1 billion people worldwide with no official documents.

The companies unveiled a prototype of the network on Monday at the UN headquarters in New York during the second summit of ID2020, a public-private consortium promoting the UN 2030 Sustainable Development Goal of providing legal identity for everyone on the planet.

The project aims to help individuals such as refugees prove who they are in order to gain access to basic services such as education and healthcare.

Blockchain, first developed as a public ledger of all transactions in the digital currency bitcoin, is increasingly being used to securely track data in other fields.

“Without an identity you can’t access education, financial services, healthcare, you name it. You are disenfranchised and marginalized from society,” David Treat, a managing director in Accenture’s financial services practice, said in an interview.

“Having a digital identity is a basic human right.”

The new platform will connect existing record-keeping systems of commercial and public entities through blockchain, allowing users to access to their personal information wherever they are.

For example, refugees who have fled their country leaving behind birth or education paper certificates would still be able to provide proof of those credentials through the system.

One of the main advantages of blockchain is that it allows systems of different organizations to communicate with each other, Yorke Rhodes, global business strategist at Microsoft, said in an interview.

The prototype was built on top of an existing Accenture platform, which powers the biometric identity management system used by the UN High Commissioner for Refugees.

Accenture and Microsoft, which worked on the prototype with managed service provider Avanade Inc, are inviting other companies to join their project.

PricewaterhouseCoopers and Cisco Systems Inc are among the organizations involved in ID2020.

“What ID2020 is truly focused on is bringing together an alliance of stakeholders to ensure the technology that is being developed is responsive to the needs of individuals,” Dakota Gruener, executive director at ID2020, said in an interview.

“Technology is only one piece of this.”